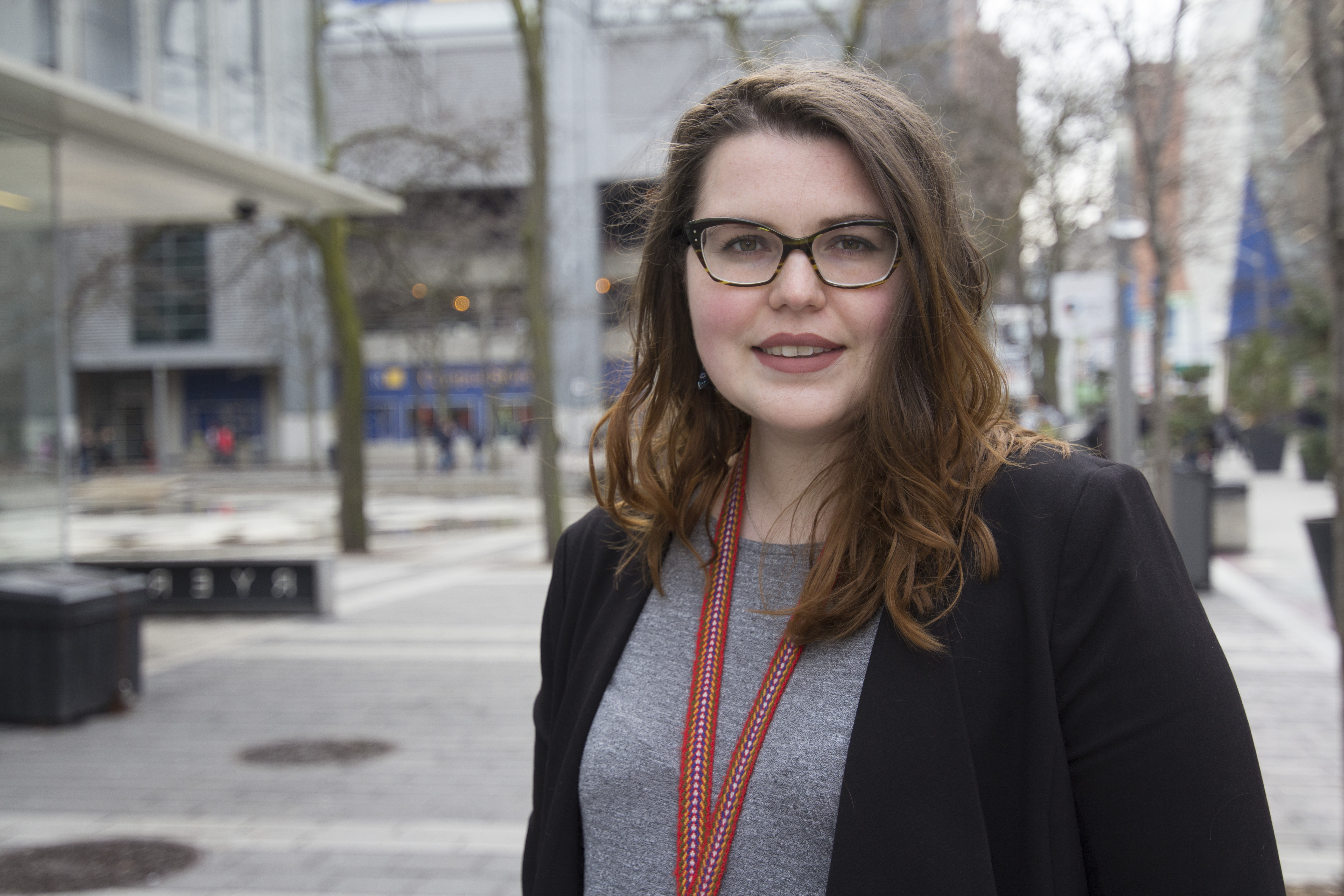 Congratulations to Jamie Lee Morin, who begins the MI program this fall and has been selected as an Association of Research Libraries Diversity Scholar (2018-2020). Jamie is Métis and has been active in the Toronto Indigenous community since 2013. She sits on a number of Indigenous Education Councils including for Ryerson and York Universities, the Toronto Public Library, and the Toronto District School Board. Together with some of her friends and fellow writers, Jamie also co-founded the Toronto Indigenous Student Writers’ Collective in 2014.

Thanks to the Young Canada Works Program, she has just wrapped up a stint at York University where she gained work experience in both library and archives, and was encouraged to apply as an ARL Diversity Scholar. She was originally inspired to become a Librarian at Ryerson, where she earned her B.A. in English Language and Literature and helped create a research guide for the university’s library and archives.

Being able to support and be supported by the communities that I am a part of means the world to me,” says Jamie. “I look forward to continuing to serve the Toronto Indigenous community in the future, while in school and hopefully after graduation as well.”

She should be well positioned to do just that. As one of 15 ARL Diversity Scholars from across North America, Jamie will, among other things receive financial support, take part in a formal mentoring program, and receive both career placement assistance and leadership development through the ARL Annual Leadership Symposium.

Jamie has also been named a TALint intern by the Faculty of Information and UofT Libraries, filling a newly created position for an Indigenous student. In this paid role, she will work to assist the U of T Libraries in making access to Indigenous resources more equitable and culturally appropriate.

We look forward to hearing more about Jamie’s journey.