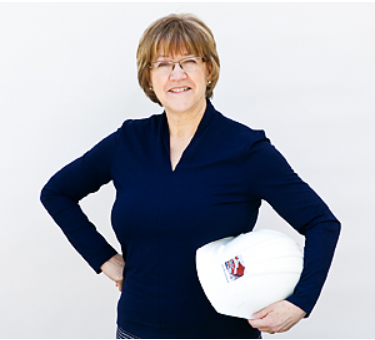 Nancy Kirkpatrick’s original career as a slide librarian – the one that got her across the border to the Art Institute of Chicago – was eventually rendered obsolete by technology. But by that time, her expertise as an arts administrator continued to make her extremely employable on both sides of the border.

As much as Kirkpatrick enjoyed her first post-graduation job at York University, where she looked after a large collection of visual resources used for teaching art history, she had always wanted to work at a museum, so when a slide librarian position opened up at the Art Institute, she jumped at the chance. (While some slide librarians were indeed actual librarians, many, like Kirkpatrick, were not.)

After five years in Chicago, where she discovered a fascination for the museum as an organization, Kirkpatrick headed to business school at the University of Wisconsin in Madison to get a second Master’s in arts administration and then back to Canada and the Vancouver Art Gallery as head of Museum Services. In that role, she was where she wanted to be – involved in the technical side of organizing exhibitions as well as working on facility development with architects and space planners to organize work within a museum and have it function effectively.

That experience prepared Kirkpatrick for her next role at the Asian Art Museum in San Francisco, which was moving from its original home in Golden Gate Park to the city’s former main public library in 2003. They needed someone to both take over their museum services functions and work on the new museum project, says Kirkpatrick, who loved the seven years she spent in San Francisco.

It was family commitments that brought her back to Vancouver just when the North Vancouver Museum and Archives was looking to build a new home. “One of the attractions of this job for me was, again, to be able to work on a new museum project,” says Kirkpatrick, who stayed on longer than she had intended, retiring this past summer.

With the  new museum set to open in 2020, permanent exhibits being fabricated and the organization poised for financial and operational success, Kirkpatrick finally felt ready for retirement. “I think it’s a good time for me to go,” she said. Filed under:
Alumni, Areas of Study, Informed Magazine
Accessibility | Terms of Use & Privacy
© 2020 Faculty of Information (iSchool) | University of Toronto .