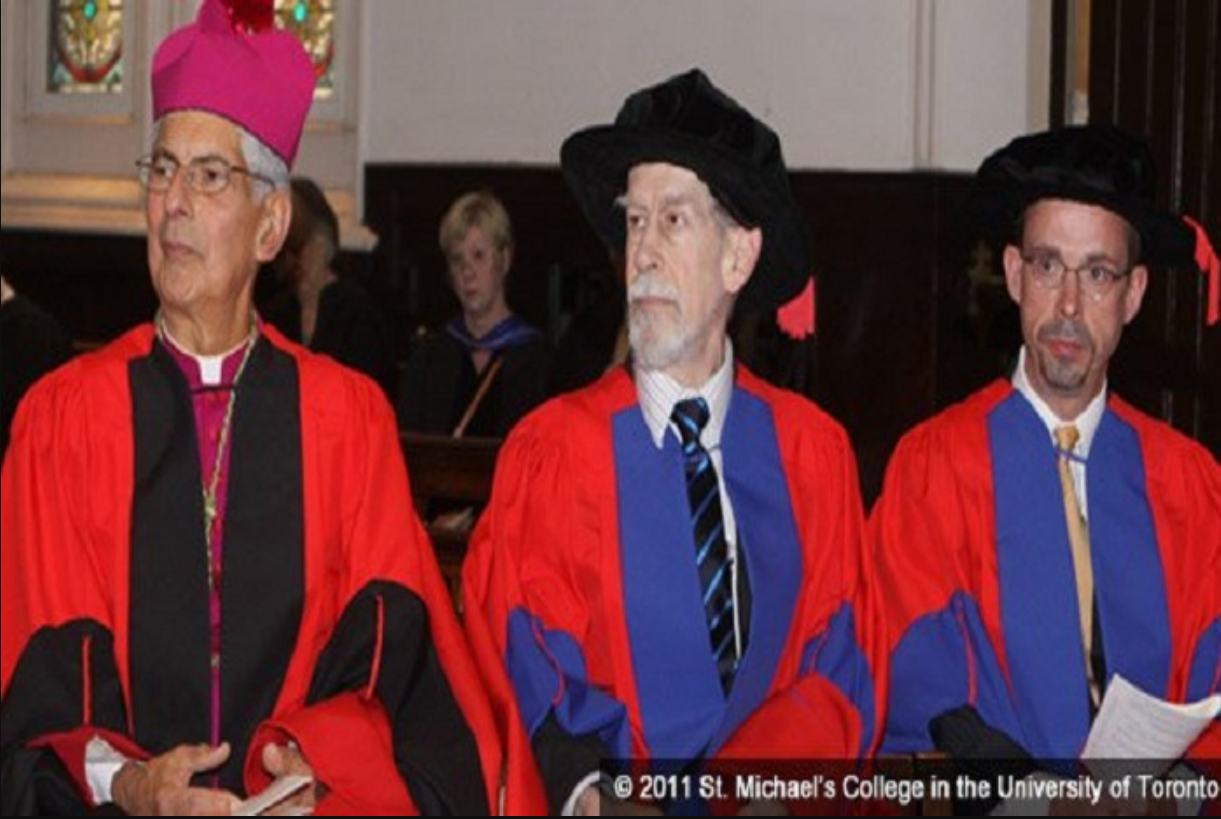 Last week, the Faculty of Information lost a much valued member of its community. Eric McLuhan was closely associated with the University of Toronto in a variety of ways since his childhood. In addition to a series of important collaborations with his late father, Marshall McLuhan, Eric was a genuine humanist and a leading scholar in his own right in the fields of media ecology, communication theory, and religion, and was also one of Canada’s premier Catholic intellectuals. In exemplary ways, he matched a commitment to ideas with a commitment to his faith and to advocating for the inherent rights and dignities of all persons. He was warm, generous, and engaging and will be missed by his many devoted readers, students, friends and admirers.

The photo shows Eric McLuhan (center) receiving an honorary degree from St. Michael’s College in 2011. His obituary provides some brief background as well as details on the planned memorial service.